Chartering a Jet Flight from Toronto to Boston 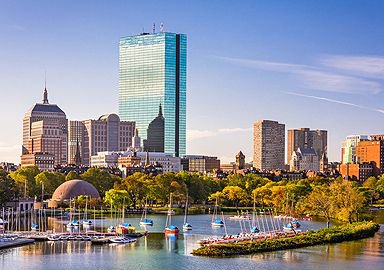 Boston is rich with history and culture. It is the location of many important events in the early history of the United States, particularly during the American Revolution. You can walk the same path that some of the most celebrated war heroes did, and you can see the harbor where angry mobs dumped tea into the water, setting of the war. Boston is not all about war and history though. The city is home to some important art museums, exceptional musical performances, and convention centers that welcome some of the biggest gatherings in the country. Harvard University is also nearby. Book a flight on a private jet to begin your tour of Boston or your business trip. You'll enjoy having your own private space and the luxury amenities that a private jet offers, and you'll arrive in Boston refreshed and relaxed.

Several airports are available in and around Boston to give you many options for air travel.

The flight from YYZ to Boston will only take about an hour and a half, no matter what airport you choose. Taking a private jet will cut down on your total travel time by eliminating the need for check-in lines and security scans. You can drive right up to your plane and board.

Don't expect to just walk around Boston and happen upon a lot of things to do. You'll need to plan your itinerary and make reservations online. Consider a bus or walking tour to learn about the historical sites, and book tickets for performances, museums and more to fill in the remainder of your trip. Of course, you'll also want to make reservations at the best restaurants you can afford plenty of time in advance.