Chartering a Jet Flight from Toronto to Chicago 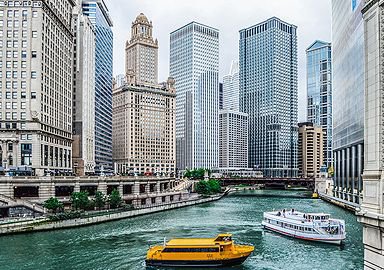 Toronto’s Lester B. Pearson International Airport (airport code YYZ) connects to many different cities and hubs across the globe, including the multiple airport destinations in Chicago. If you are planning to fly from Toronto to Chicago, here are a few things you should make sure to keep in mind.

The greater Chicago area is home to three major international airports, each of which can accommodate landing by a private jet charter. The different airports include the following:

For each of these options, you can expect to make it from Toronto to Chicago in less than two hours and for a very reasonable cost.

With a chartered jet, you have the freedom to choose more options than you normally would with a commercial flight. This means that you can decide which airport you land in. Most people choose a jet charter from YYZ to ORD, since gets people right in the heart of the city without needing to take a train, cab, or bus elsewhere. However, jet charters from MDW have the advantage of bringing people closer to the edge of the city so they can access both Chicago and its surroundings. Similarly, a jet charter from YYZ to RFD cuts down on traffic if you want to visit the metro area around Chicago. Your purpose for travel will help you make the final decision.

Ultimately, most people who charter a jet to bring them from YYZ to Chicago will choose to land at ORD. However, people who have a diverse agenda or whose business takes them out of the area might want to pick one of the alternate airports. Similarly, some people just prefer MDW or RFD because they are less crowded than ORD. The benefit of chartering a private jet is that the decision ultimately rests with you, not with a large airline.