Chartering a Jet Flight from Toronto to Houston 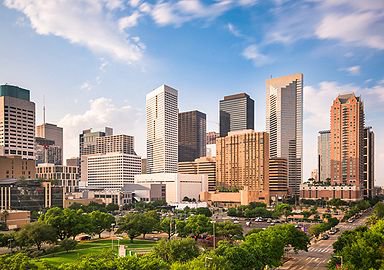 The slogan for Toronto’s Lester B. Pearson International Airport (airport code YYZ) is simply, “For You. The World.” This is a very accurate slogan, because the Pearson International Airport serves as a hub that links to many other locations across the globe. One such location is Houston, which has several major airports. If you’re planning to charter a jet from Toronto to Houston, here is what you need to know.

YYZ has private charter flights that can travel to any of the major airstrips in the Houston area. The potential destinations include the following:

The largest and most commonly visited airport in the area is IAH, with HOU holding a close second place. EFD is less likely to be your destination, but you might find yourself directed there on a private flight if your business brings you in contact with government business.

The Journey to Houston

A jet charter from YYZ to IAH, HOU, or EFD aboard a commercial class airline usually takes about three and a half to four hours. The time zone difference between the destinations is only an hour, since Houston is in the Central Time Zone. A private jet charter will get you there faster because you won’t have to deal with a host of other passengers who all have their own agenda. Additionally, if you’re in a hurry, a private jet charter gives you the option of boarding a faster aircraft that will cut your travel time down dramatically.

Houston provides several options in terms of airports, and chartering a private or business class jet can help open up even more options, including the possibility of reaching EFD if the situation warrants it. Each airport offers its own benefits and drawbacks, with IAH usually being the most desirable because of its immediate downtown location. Evaluate your charter flight needs and then choose the airport destination that will best fit your situation.