Chartering a Jet Flight from Toronto to New York 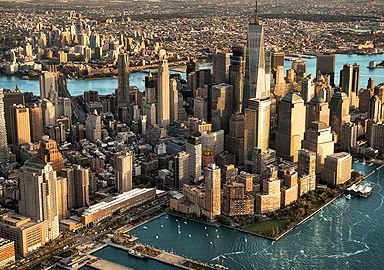 One of the first questions that many people who are planning to fly into New York ask is whether they should choose LGA or JFK in terms of their airport. Chartering a jet from YYZ to LGA is about as easy as chartering a jet from YYZ to JFK, so the real question is a matter of convenience and amenities. If you opt for a public flight, you will have little choice in the matter, as each of the different airlines lock you in to their own terminals. Chartering a private jet, however, gives you more options, and most of the time people prefer to land in JFK, which has more direct access to the train lines and downtown New York City.

If you are willing to go outside the New York City area, there are other airports where a charter jet can land. This includes Long Island’s MacArthur Airport (airport code ISP), which offers easy access to the Ronkonkoma Railroad Station. This is a smaller airport owned and operated by the town of Islip, New York, so jet charters from YYZ to ISP are not as common. There is also Newark Liberty International Airport (airport code EWR) in New Jersey. This airport is about 15 minutes away from downtown New York and also provides access to norther New Jersey, so trips that require more mobility might want to target a jet charter from YYZ to EWR.

While JFK and LGA are the premier destinations where most jet charters land, EWR and, to a lesser extent, ISP are both possibilities. When making your charter plans, think about where you will be for most of your trip, what kind of travel access you need after landing, and whether you like the larger LGA or a smaller terminal that offers less traffic.