Chartering a Jet Flight from Toronto to Seattle 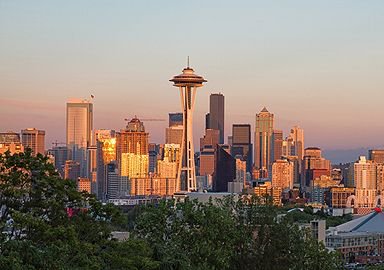 Seattle is the largest city in the Pacific Northwest region of North America. Not only a gateway to Asia, Seattle has developed as a technology center and is a major hub in software, biotechnology, and Internet companies. If you are planning to charter a jet from Toronto to Seattle here are a few things that you need to know.

Both airports are reasonably close to downtown Seattle with BFI at 6 miles and SEA at 11 miles away. You should evaluate your needs before selecting which option suits you best.

Tips for Travel in Seattle

Commercial flights take about 4 hours and 30 minutes to get from Toronto’s Lester B. Pearson International Airport (YYZ) to Seattle.

Like much of the Pacific North-West, Seattle is dry and warm in the summer and cool and wet in winter. Seattle has an unfair reputation for being inundated with rain, but when it does fall it is usually in the months from November to January. If you looking to travel during this time, pack your raincoat and some warm clothes. Most other times of the year should offer you perfect conditions for enjoying ‘America’s greenest city.’

If your busy schedule allows you time, then you’ll find that Seattle has loads to offer the tourist. Visit the Space Needle for unparalleled views of the city and surroundings, visit boutique wineries or even visit Woodland Park Zoo, one of the world’s most innovative and celebrated zoos.

Seattle also enjoys the title ‘Coffee Capital of the World’ and more coffee is consumed per capita in Seattle than in any other US city. You’ll find it difficult to go anywhere in the City without passing either one of the big commercial coffee houses or one of the smaller independent shops. It’s worth the effort of stepping inside and discovering why Seattle celebrates coffee the way it does.

There is so much to do in Seattle, that taking the lavish route, onboard a private jet from Toronto, will ease you into the right frame of mind for some exploration and relaxation in the ‘Emerald City.’